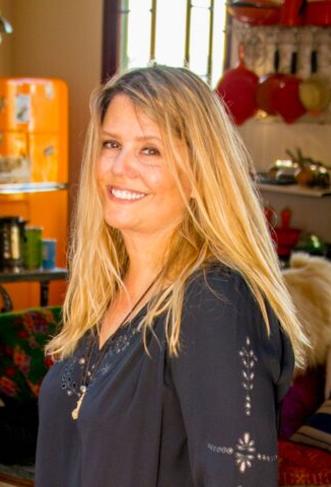 reativity and artistic vision have always defined Dana Hollister.  Whether it be fashion photography, interior design, or adaptive reuse of historically relevant buildings, she has devoted her entire professional life to creating unique masterful projects.

As a child, Dana exhibited a voracious appetite for knowledge and a precocious gift for inventiveness. She was a whirlwind of painting and drawing and crafting and sewing. She learned tenacity from her father’s struggles, and he would always remind her to pursue her dreams.   With his encouragment she always felt that everything was possible and that with hard work and perseverance, she could accomplish anything.

In 1980, Dana won a full scholarship to the Chicago Art Institute after submitting a portfolio of original drawings.  While at the Institute, Dana began to work as a fashion stylist for magazine photo sessions. She became passionate about pursuing design as a career.

​​In 1986, Dana loaded up her Honda Civic and moved to Los Angeles.  Now situated on the West coast, she used her inventiveness to begin making intricately detailed Baroque sofa pillows from antique fabric she would find a vintage stores and the Rose Bowl Flea Market.   After getting her pillows consigned in locale boutiques, they quickly became a high demand item, a must-have accessory for designers and the Hollywood elite.

Next, Dana began exploring the idea of preserving aging historic buildings so their majesty and beauty would not be lost to the ages.  She founded an ancillary company named Odalisque Restorations.  Through her new company Dana sought to the rehabilitation  of many of the classic homes and buildings of forgotten Los Angeles.   In 1992 she developed a close relationship with the Pontifical Order of the Missionary Sisters of the Immaculate Conception to help preserve their Silver Lake convent.  Originally the glorious home of silent screen star Antonio Moreno, the convent was then sitting idle.  The Sisters wanted to use the proceeds from a sale of the property to build a more modern convent and chapel.  Unfortunately, the building languished on the market for years, so Dana placed the property in escrow with the understanding that if a suitable buyer stepped up, Dana would relinquish her claim.

She used this escrow arrangement with the Sister's to seek city approvals to use the property for a purpose that would open the building to the public to enjoy as a distinctive cultural landmark.  ​When it became clear the she would have trouble obtaining the suitable city entitlements without status as the owner of the property, providence intervened.  Having grown Odalisque into a profitable company, she was able to qualify for a mortgage loan and closed the purchase with the Sisters in 1998, thereby preserving the property forever. It was her first home purchase.

In 1998, Dana moved into the convent property and she quickly realized the incredible potential of the Silver Lake community.  She set off to encourage its revitalization by helping to preserve neighborhood landmarks, acquiring and closing buildings and businesses that were havens for prostitution and drugs and opening neighborhood taverns and restaurants. Her efforts were instrumental in helping launch Silver Lake’s current economic renaissance.

In 2001, she purchased and remodeled Echo Parks iconic 1940's diner the Brite Spot.  In 2004, she reimagined a former health clinic to be Cliffs Edge Restaurant, one of the top five outdoor dining restaurants in all of Los Angeles according to LA Weekly.  in 2010, she turned an old garage and machine shop into Villains Tavern, voted 2011's best bar in L.A. by Los Angeles magazine.

Dana's passion, however, remains restoring historically significant architecture to its original splendor.  In 2008 she began a relationship with the Presbytery of the Pacific to revive an abandoned Pilgrim Church for use as a boutique hotel.  This project has passed all city entitlements and the design phase is underway.

In 2015, Dana was asked by the Pontifical Order of the Sisters of the Immaculate Heart of Mary to help with the preservation of their Los Feliz Motherhouse and convent.  She is currently working closely with the Sisters to ensure that any sale of their property is truly for their benefit and that all proceeds will go to preserve their legacy of charity and generosity to the poor, the sick and the needy.

Today, Dana has completed almost twenty years of careful, painstaking restoration to the Sister's of the Immaculate Conception convent.  The property now recaptures the epic grandeur of its 1920's old Hollywood roots.  She lovingly refers to it as The Paramour Estate.